Back to School – A Guide to British School Vocabulary

September has come around again and here in the UK we are celebrating the start of autumn by taking walks in the rain, eating casserole for dinner and sending our children back to school. The UK academic year starts in September and generally children start school at the beginning of the academic year in which they reach the age of 5. Once they have started, they will have entered into an education system that exists on a sometimes-bewildering assortment of tradition and terminology. We explain some of the most important educational vocabulary in the English language. 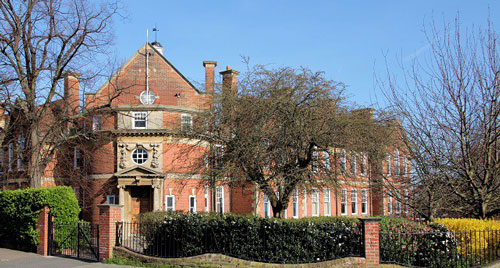 A state school is a government funded school that does not require parents to pay school fees.

A private school is one that is run as a private enterprise and requires parents to pay school fees. Sometimes called an independent school or a public school, which can cause confusion in North America where public schools are state funded.

A nursery school is an educational establishment that provides for children usually between the ages of 3 and 5. Also called preschool (but kindergarten is not generally used in the UK). ‘Nursery’ comes from the Old French ‘nourice’ which means ‘nurse’.

If a child’s parents have opted for state education in the UK, he or she will start at a primary school around the time of his or her 5th birthday. The word ‘primary’ comes from the Latin ‘primus’ meaning ‘first’.

If a child’s parents have opted for private education in the UK, he or she will start at a prep school around the time of his or her 5th birthday. 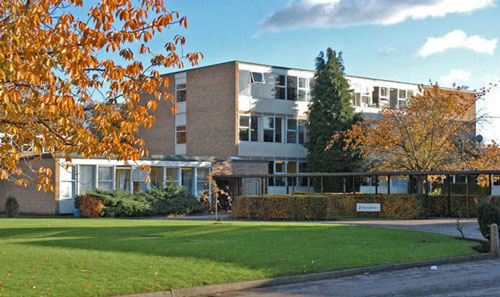 A child in the UK will attend compulsory secondary school between the ages of 11 and 16. Some leave school for work at this stage, some stay at the same school or attend a 6th Form College for optional additional education.

A grammar school is a state school that admits students based on their academic ability. Grammar schools in the UK are few in number compared to comprehensive schools, which may set or stream students according to academic ability but have an open admissions policy. The word ‘grammar’ comes from the Greek ‘grammat’ meaning ‘thing written’.

‘6th Form’ refers to school provision beyond the compulsory school age of 16. More recently known as years 12, 13 and sometimes 14, the name 6th Form came about because it follows on from the 5 compulsory years of secondary education.

Education provided beyond secondary school level, that does not lead to a degree level qualification is often undertaken at a further education college.

Education provided beyond secondary school level, that leads to a degree level qualification is usually undertaken at a university. The UK university system is often considered to be the best in the world.

The autumn term is the first term of the UK academic year and generally runs from early September to late December.

The spring term is the second term of the UK academic year and generally runs from early January to Easter.

The summer term is the final term of the UK academic year and generally runs from Easter to late July. The end of this term is traditionally the time for exams.

The longest UK school holiday takes in all of August, which is supposed to be the warmest month for trips and holidays. In reality, August in the UK is often rainy.

Each academic term in the UK is usually broken up half way through by a week (or occasionally 2 week) holiday.

The National Curriculum lays down the subjects that must be taught at secondary school in Key Stage 3 (Years 7-9) and Key Stage 4 (Years 10 and 11).

Students traditionally sit GCSE exams at the end of Year 11 but it is becoming more common for these to be sat as early as Year 9. Students generally sit 1 or 2 exam papers for each subject they are studying. These will include compulsory English, maths, science, computing, physical education and citizenship and at least 1 other subject. GCSEs in the UK have traditionally held gradings between A* and G but this is undergoing a staggered change to a 1-9 grading system during the examination years 2017, 2018 and 2019.

The Ebacc relates to a combination of GCSE qualifications gained at grade C or above and must include English, maths, 2 sciences, a language and history or geography. It holds little significance for students but is one measure of a school’s performance in league tables.

UCAS is the central admissions service for all UK university courses. Everyone (including international students) who wants to apply for a place at a UK university must do so through UCAS.

‘Going up’ is an old-fashioned term meaning to begin studying at a university. It is not generally used now except by attendees at Oxford or Cambridge Universities. 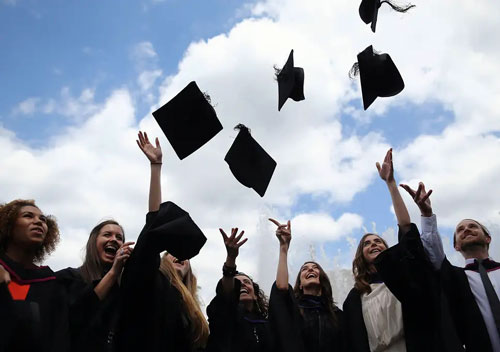 The campus is the buildings, land and surroundings belonging to a university. The word ‘campus’ comes from the Latin ‘campus’ meaning ‘field’.

The term ‘fresher’ comes from ‘freshman’ and relates to someone who is in his or her first year at university. Freshers’ Week is a week of induction (and partying) for new students who have just arrived at university.

To graduate is to complete a degree level or higher qualification. ‘Graduate’ comes from the Latin ‘gradus’ meaning ‘degree’ or ‘step’.

An undergraduate is someone who is studying at university but is still to be awarded his or her bachelor degree.

A bachelor degree is a university level qualification that is awarded after a course of study of 3-7 years. From the Latin ‘baccalaureate’, which relates to ‘bacca lauri’ or ‘laurel berry’ because laurel wreaths were once conferred on scholars.

A postgraduate is someone who is studying at university but has already completed his or her bachelor degree.

A Masters degree is the most common UK postgraduate qualification and is awarded to someone who has studied a research topic for between 1 and 4 years and written a research based piece of writing known as a thesis. ‘Thesis’ comes from the Greek ‘thesis’ meaning a proposition.

The most advanced UK degree qualification, a PhD or doctorate is awarded to someone who has completed between 5 and 6 years of postgraduate study and has written a thesis.