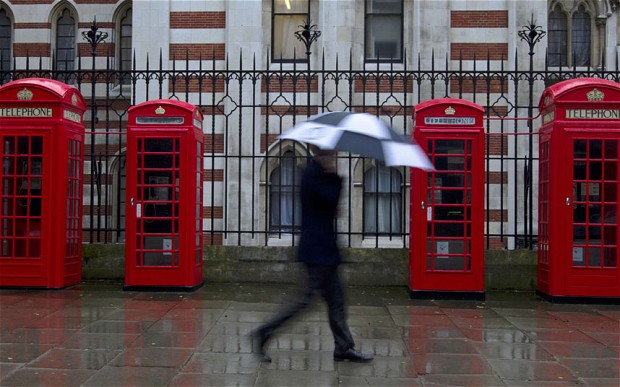 Yes, it rains a lot in Britain. And, not surprisingly, the English language is rich in rain references. But here’s something strange. The city of Manchester (also known as The Rainy City) has less rainfall (measured in cm) in a year than Milano!

There are many ways to describe just what type of rain is falling.

Here are some of verbs we can use when it’s raining heavily:

‘To chuck it down’

And when it’s only light rain:

There are also many idiomatic expressions based on rain. Here are a few:

‘(come) rain or shine’ – you will do something whatever happens

‘to be as right as rain’ – to feel fine, be in good health

‘it never rains but it pours’ – one bad thing happens, followed by a succession of other bad things

As a child, I very often heard the following well known nursery rhymes on a rainy day:

‘Rain, rain, go away, come back another day’

‘It’s raining, it’s pouring, The old man is snoring, He went to bed and bumped his head, And he couldn’t get up in the morning’

The many pop and rock songs with rain in the title include:

‘Why Does It Always Rain On Me?’ – Travis